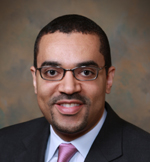 Andrew F. Alexis, MD, MPH is the Chair of the Department of Dermatology at Mount Sinai Morningside and Mount Sinai West. He is also Professor of Dermatology at the Icahn School of Medicine at Mount Sinai. As Director of the Skin of Color Center, he is actively involved in advancing patient care, research, and education pertaining to dermatologic disorders that are prevalent in skin of color.

Dr. Alexis has published more than 90 articles in peer-reviewed journals including the British Journal of Dermatology, Journal of the American Academy of Dermatology, and Archives of Dermatology among others. He has co-edited two text books on dermatology for skin of color – Skin of Color A Practical Guide to Dermatologic Diagnosis and Treatment (Springer Publishing 2013) and Ethnic Dermatology: Principles and Practice (Wiley-Blackwell 2013) – and authored over 10 book chapters.

Dr. Alexis has appeared on ABC, CBS, NBC, and FOX television news programs and has been quoted in numerous leading publications, including the New York Times, Wall Street Journal, Forbes, Allure, and Essence. He is listed in Castle Connolly’s Top Doctors ™ and Super Doctors®.

Category 1
Creighton University Health Sciences Continuing Education designates this live activity for a maximum of 13 AMA PRA Category 1 Credit(s) TM. Physicians should claim only credit commensurate with the extent of their participation in the activity.

Nurse CE
Creighton University Health Sciences Continuing Education designates this activity for 13 contact hours for nurses.  Nurses should claim only credit commensurate with the extent of their participation in the activity.