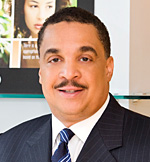 Dr. Eliot F. Battle is CEO and co-founder of Cultura Dermatology & Plastic Surgery.  His cosmetic center just celebrated its 17th year and sees over 75 cosmetic patients a day.  Located in our nation’s capital, his groundbreaking center has become an important destination for patients from all over the world seeking his expertise as well as physicians seeking advanced training.

Dr. Battle’s numerous national academic honors and awards include induction into Alpha Omega Alpha medical honor society and recognition as a National Institute of Health research scholar. Dr. Battle and his center have also been awarded numerous business awards including Emerging Business of the Year Award by the Washington Chamber of Commerce and the Business Leader Award by the Washington Business Journal. He has been interviewed on award-winning television shows such as “The Today Show”, “Good Morning America” and ABC’s “20-20” and on the nation’s most revered fashion and beauty magazines such as O Magazine, Elle, Essence, Glamour, and Allure.

His NIH sponsored research at Harvard in the late ’90s helped to spearhead both the research into safe and effective devices for skin of color and cultivating industry’s interest and support in treating skin of color.  Dr. Battle’s pioneering role in the aesthetic industry has been recognized by audiences around the globe, resulting in him traveling throughout the world lecturing extensively on laser applications.  Dr. Battle has personally trained over 4,000 physicians worldwide in laser surgical techniques, but his true passion is consulting with and helping patients.