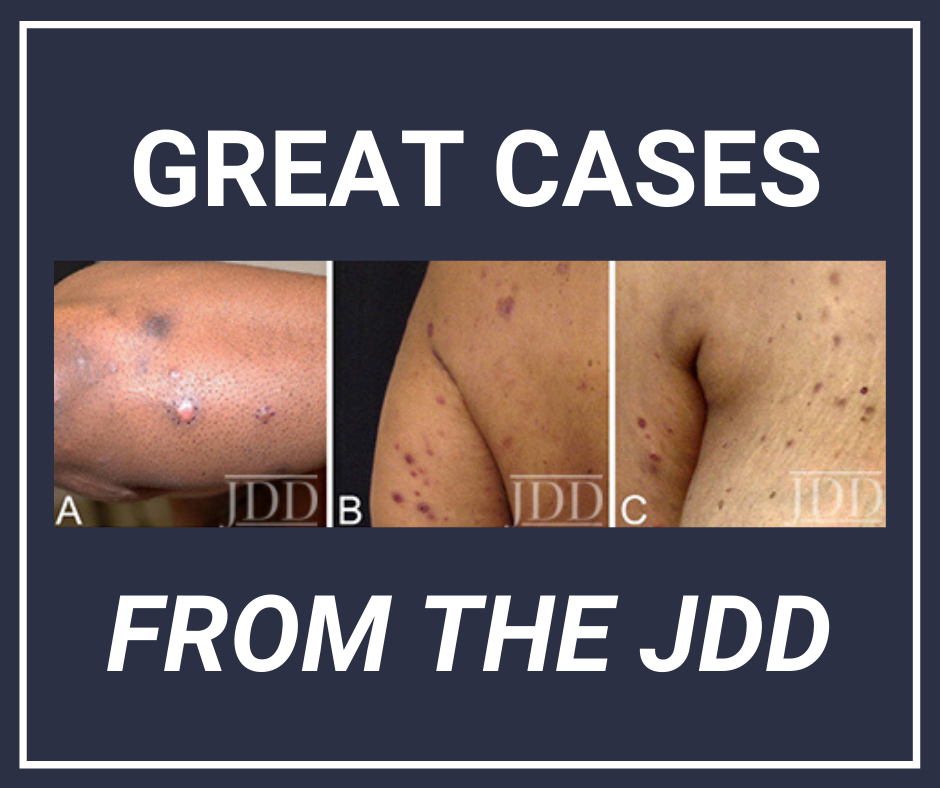 Lymphomatoid papulosis (LyP) is a CD30+ T-cell lymphoproliferative disorder (LPD) presenting as a recurrent eruption of papules and nodules which resolve spontaneously. CD30+ LPD prevalence in African American (AA)/Black patients is lower compared to White patients. CD30+ LPD has been recently reported to have worse outcomes in AA patients compared to White patients.

To view a synopsis of the case published in the Journal of Drugs in Dermatology, visit Next Steps in Derm. Log in to JDDOnline.com for full access of the manuscript.

Major racial differences in incidence among cutaneous lymphoma subtypes have been reported. AA/Blacks have statistically higher incidence ratios of CTCL and MF than other races and a trend towards lower incidence of CD30+ LPD was found in a national US database, which included 31 AAs with CD30+ LPD. A more recent study of another database included 153 AA patients with CD30+ LPD who had a significantly shorter overall survival compared to Caucasians after adjusting for patient disease characteristics, socioeconomic factors and types of treatment.

The case series and three additional case reports suggest an indolent disease course of LyP in AA/Black patients. There are several possible explanations for the previous findings on poor survival in AA patients with CD30+ LPD.

The case series highlights the need for additional studies before clinical recommendation can be made regarding prognosis and treatment in different race groups. Careful physical examination should be performed in Black patients who are diagnosed with LyP and no known history of MF. Once the diagnosis of LyP is made, several treatment approaches are possible.

In conclusion, a diagnosis of LyP should be considered in Black patients who present with recurring eruption of papules or nodules that resolve spontaneously. Patients with LyP should be carefully examined for concurrent or later development of MF. Although an indolent course may be expected in Black patients, residual hyperpigmentation and scars following resolution of the LyP lesions are common in this population, highlighting the need for better treatments of this disorder in the Black population.

The Journal of Drugs in Dermatology is available complimentary to US dermatologists, US dermatology residents and US dermatology NP/PA. Create an account on JDDonline.com and access over 15 years of PubMed/MEDLINE archived content.